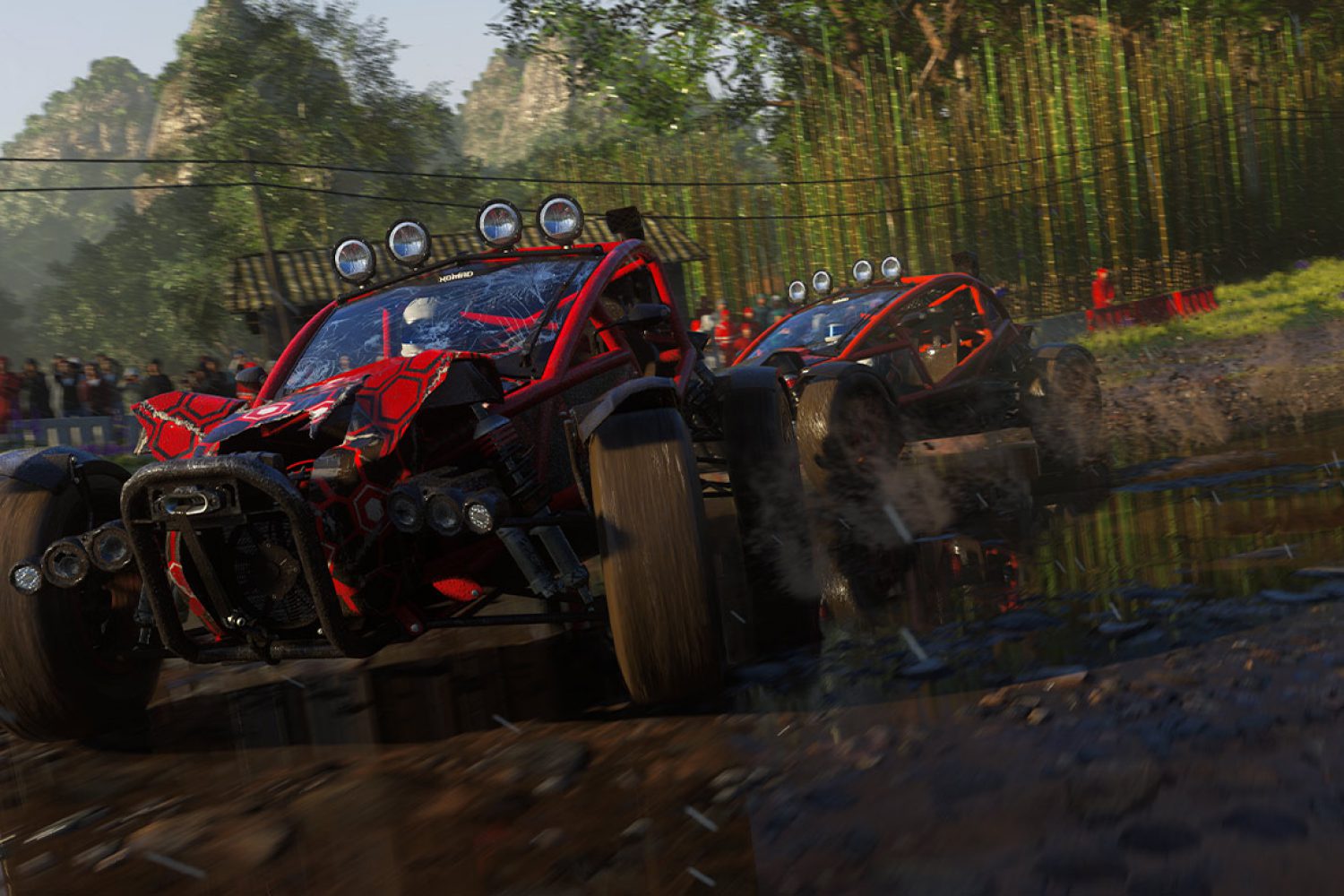 So anyone that games with me knows I don’t really dig the racing games and I’m never seen online logged into one of them. The only good Racing game in my book that I play semi-regularly and enjoy is MarioKart. That’s probably because I get to shoot my competition with shells and lay down some banana peels! With that stated, I was looking for something a little more Zen to play last night and remembered I had downloaded Dirt 5 off of GamePass to see how it looked on the new Series X. After going through the initial setup screens and adjusting my Elite controller configuration without the trigger stops on so that the triggers can once again have full activation of 0-100 throughout the entire trigger pull, I was up and running to race.

I jumped right into Career racing as I figured this would more readily start to unlock things for me and there was no way I was ready for Online play. Worth noting, I chose Frame rate over graphics for my gaming session so I was rocking 120fps. Smooth as smooth can be, as in dolphin smooth.

By default, there seem to be only a few cars to choose from per track or track type. The cool part was there were already some paint jobs unlocked and an impressive color palette to create the look you’d want. I left all the driving settings at default which meant I was driving an automatic with some minimal assistance from the game. I picked the only car available to me on the starting tracks and was off!

My races were up and down but again I don’t play racing games and was basing my play style off of Mariokart. Which made sense as Dirt is Dirt, a racing game played on mucky, slippery surfaces, so I figured trying to drift around the course was a good option. Unfortunately, I don’t really know how to do that in a realistic racing game. So at first, I was hitting the pedal to the metal to go as fast as I could and then I’d hit the handbrake to pull my turns. That didn’t work so well. I finished 12th my first race or for those counting, Last. Tried a different strategy my second race on the same track and came in 1st! This time around all I did was feather my trigger acceleration around corners and kept it going. I also used the other AI cars to bounce off of during the first few turns then overtook the leaders and just tried to stay in front of them that way. Not sure if this is how I should be playing it or if progressing further and turning on advanced options like stick shift would also bring with it better ways of playing and racing but so far it works for me. The next couple races went the same way. First time around I would come in 12th, the second time on the course I would come in 1st. So I am not sure if that meant I got used to the course or the game felt sorry for me. I only ran off the track once and expected to blow up or something but instead, the screen goes black for a second and then re-emerges with your car on the track ready to pick up where you left off albeit a bit behind your competition similar to Mariokart. Although it should be noted once behind the pack I could never truly catch up, so I must be doing something wrong. The biggest come-from-behind win I achieved was on the last course I ran in which I went from 5th to 1st within the last half lap, so I really wasn’t that far behind and to do so I really had to butt, bounce, and scrape my paint through the pack. As far as car damage that occurs, it all seems pretty superficial, I didn’t notice any crazy damage from crashing into other racers. Dents, paint scuffs, and at one point I lost my hood but nothing like Wreckfest which is complete and udder car destruction.

Overall I enjoyed my time in career mode and could see myself playing it again for a change of pace as well as to rack up some more money and XP so that I can unlock more cars but I am not going to spend my precious gaming time grinding a whole lot in it when there are shooters to play.

Before I ended my session, I poked around the menus to see everything else offered and it seems pretty extensive. Obviously, there is the online Multi-player portion of the game but there is also a Custom Match section in which you can gather up all your friends to spray mud upon each other within your own private race.

I also noticed a section called the ‘Playground’. The Playground is basically like the Forge in Halo or the Map Editor in Far Cry. It’s a whole section in which users can build their own stunt-like tracks and release them into the Playground for anyone to play. It was pretty cool to see something like this in a racing game as everyone knows, I really dig the ability to make and play Custom games to change up the formula of a game. I ran a few tracks before calling it a night. They were all timed tracks with no other racers and a leader board shows at the finish line to show you how you stack up to the crowd that has run the course. The 3 tracks I ran were all over the top! Big jumps, with tracks suspended high in the air. It was the scratch to my MarioKart itch within Dirt 5. I could see good times coming from this track-building addition to the game.

Lastly, going back to the buttery smooth graphics, they are as stated, smooth. Everything about the cars, the racing, the game play, the tracks, the sound, and the environments as well as the frame rate made the game so visceral. It truly felt like I was there being towed behind the car, and controlling it, throughout the races. The soundtrack was also a bonus. I only knew about half the artists but it is very much a racing, pump you up, kinda soundtrack that makes you wanna run another track.

But beware, I will be using your side panels like a drunken sailor to stay in the race and make some of those turns… often. 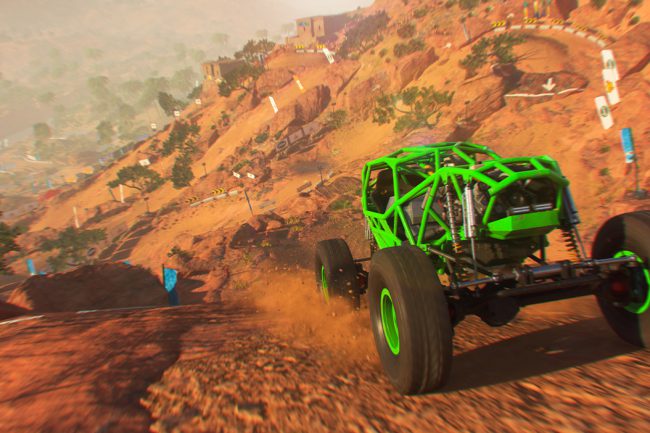