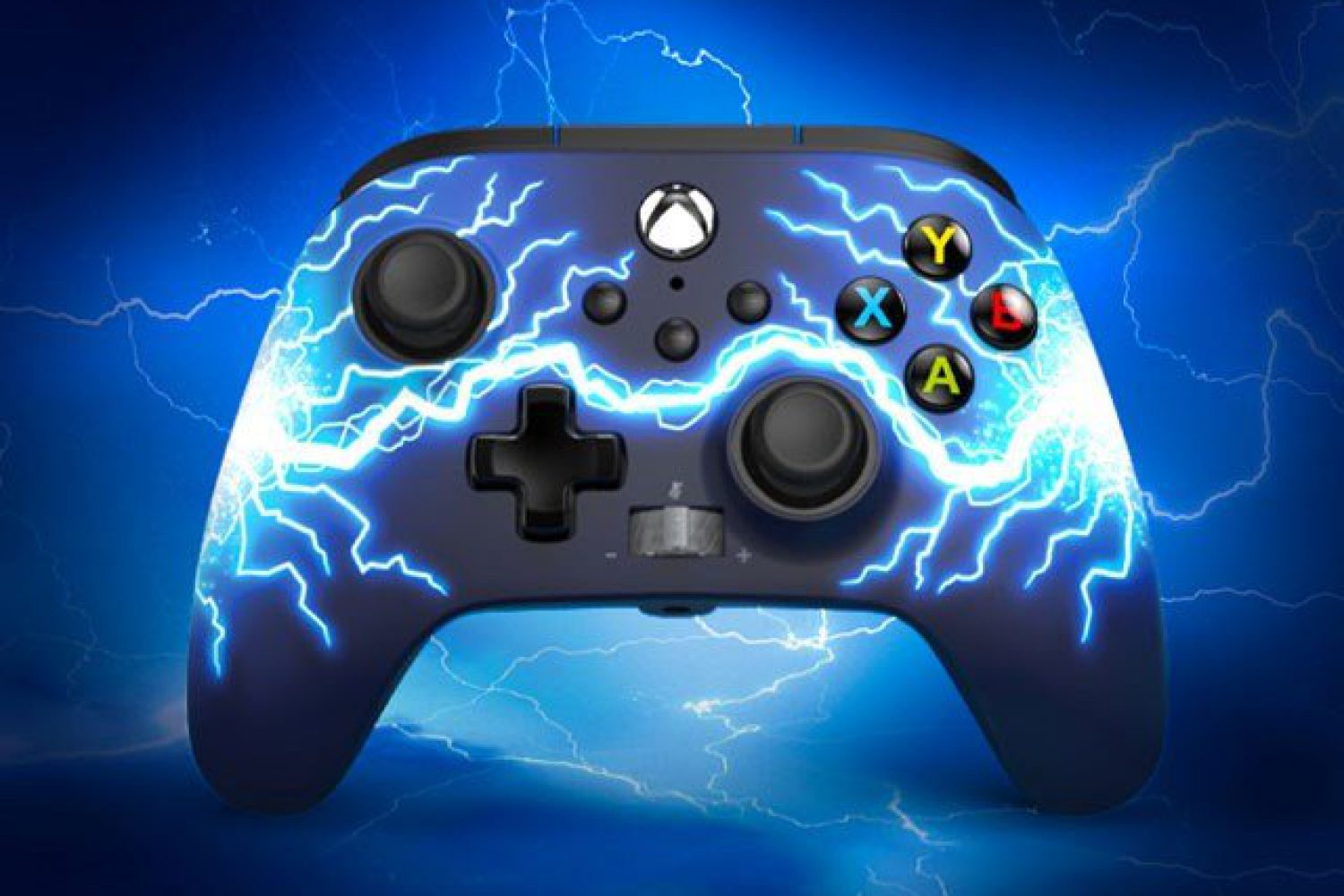 The PowerA Enhanced Wired Controller for Xbox is a third party controller which is  designed for use on the Xbox Series and Xbox One console systems, and it features a 10-foot removable USB cable, dual motors, programmable buttons, and a volume control dial with one touch chat mute function. The controller is officially licensed and shares the form factor of the controllers by Microsoft for Xbox consoles.

The back of the controller has a diamond engraved pattern designed to aid the player’s grip during gaming sessions. The patterned grip does help, but it is hard plastic like the rest of the controller and not a rubberized grip which can be found on the Microsoft official controller. Along with the textured grip, the back of the controller features two extra buttons which allow the player to program a function from the front buttons. The programming is simple and can be done without even pausing your game, just press the program button, located where the battery cover would be on a wireless controller, then select which button to copy to either the ZL or ZR button. Having two programmable buttons is nice and allows the player to keep their right thumb on the analog sticks instead of moving it to a face button. One small drawback is that the buttons once programmed are sensitive, and it is easy in the heat of a battle to trigger them unintentionally. This small drawback is outweighed by the ability to keep your thumb on the analog sticks, however. 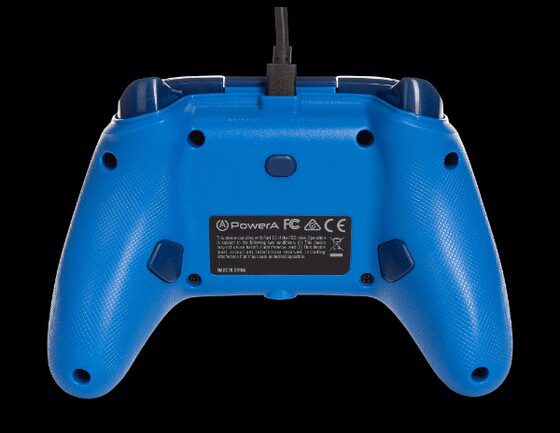 Another unique and very convenient feature is the built-in volume control dial for the headset, which allows the user to both control headset sound levels and to mute themselves during game play. The volume is controlled simply by pressing left or right to increase or decrease the sound level, again can be used in game without pausing. The controller sound dial also has a third function which allows self mute of the headset microphone and has an additional LED which turns red when muted, this is very nice if your headset has a small slider switch for mute or if the controls are on the earphone themselves and not easy to see. A standard 3.5 mm audio jack is built in to the controller and requires no additional hardware pucks to work with most headsets on the market today. 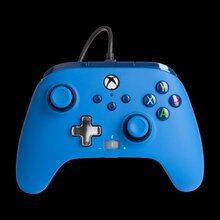 Finally, the controller is marketed as a wired controller, but the wire is a removable USB cable and is not attached permanently to the controller body, this is a good feature that givers the player the feel of having the wire, and not running out of batteries, and keeping the safety factor of a breakaway cable. Rounding off the features is two motors to provide a good rumble feedback to gameplay, light up LED Xbox logo to access the home screen and the now standard capture button. The PowerA Enhanced Wired controller comes in a variety of color options, including some game brand specific models, and retails at around $30.

The controller has become my standard daily use controller for the better part of a year and with nearly daily play on the Xbox One has held up remarkably well, the only issue is the left analog stick has begun to loosen and drift slightly. With a very reasonable price point and great additional features, the controller is a great buy for players looking for a new controller. I will gladly give the PowerA Enhanced Wired Controller 4 out of 5 piggies.