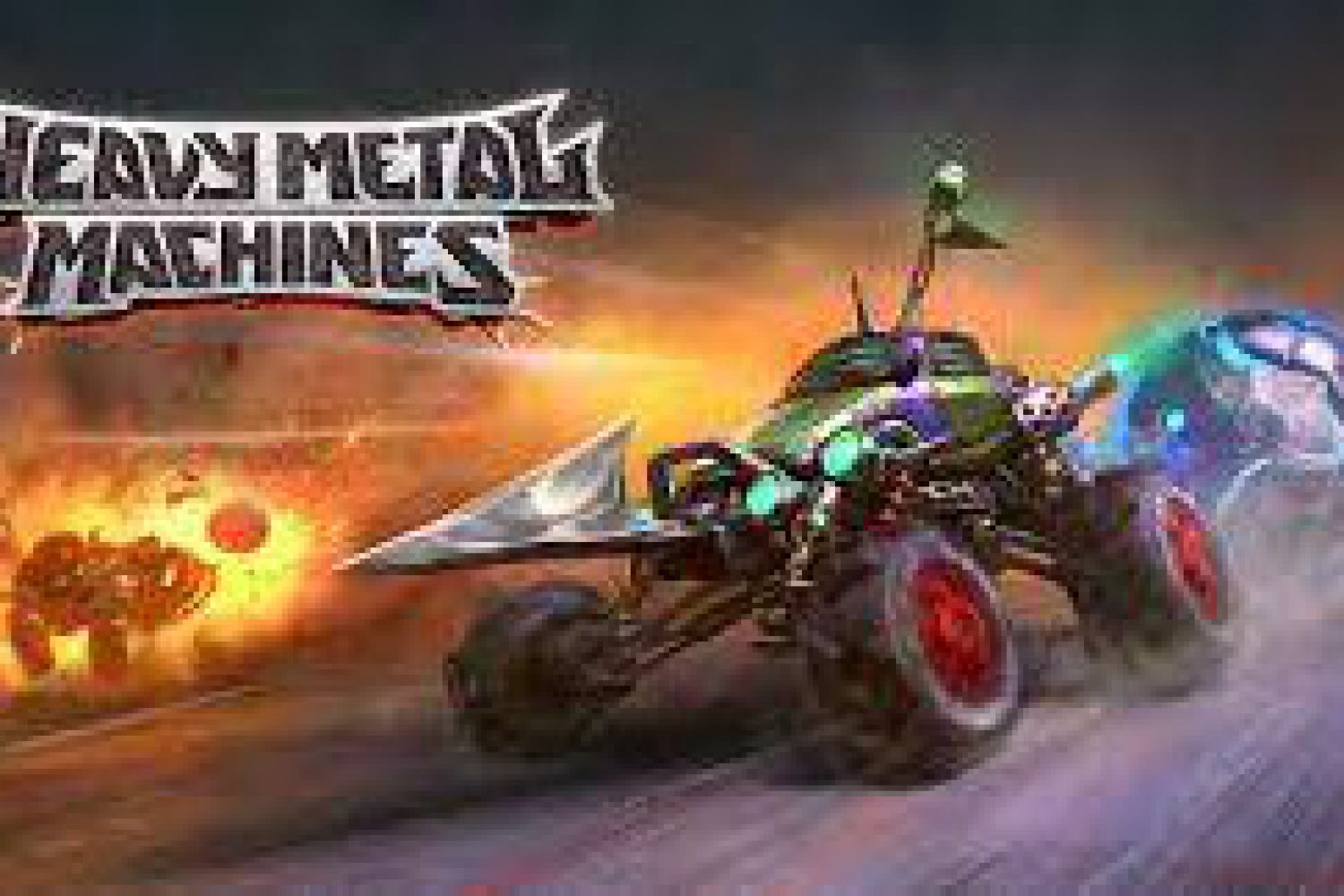 Heavy Metal Machines took me by surprise. I don’t know if it was their marketing or if I just didn’t look into the game enough, but it was unexpected. It’s probably my fault considering that the game has already been available on other platforms. The game is a post apocalyptic vehicular combat game. I was expecting something like Crossout or Twisted Metal, what I found was different…

The game play is more of a MOBA, with the goal being to deliver a bomb to the opposing teams goal three times to win a match. Yes, there is combat with the weapons mounted on the vehicles, but it almost feels more like a race. You do play on teams of four, with some light strategy as to which roles to fill and who to let carry the bomb. Unfortunately, no one was chatting in my games, so there wasn’t any of that.

Combat is pretty bad. The top down view makes aiming difficult, especially since you have to be on the same screen as your target. The weapons take a long time to reload as well, so missing hurts even more. Most of them were very short range or required a charge up, limiting them even more. The damage they do feels low as well, I never died during my time playing, even while carrying the bomb, and never killed anyone either.

The artstyle is interesting. While I guess it is post apocalyptic, it is done in a cartoonist way. This creates fantastical locations and vehicles. One racecourse I played on was an underworld of sorts, with bones everywhere. Some of the characters are even ghosts, so I guess that makes it their home track. The tracks themselves were just that, exactly like a racecourse, with goad on each end and hazards or power ups spread throughout.

Speaking of characters, there is quite the variety. They span many genres and pop culture references. Each pilot has its own special vehicle with different stats and weapons from the rest. Each of these vehicles is split into a role, like interceptor, support, and transporter so you know what it’s strengths are. Not that any of it matters during play as any of them can be used for whichever role and teams don’t seem to care about balanced makeups. Each character and vehicle also have several skins and customizations to set yourself apart.

The game is free to play and has a fairly well done battle pass system. You start with a few characters and their vehicles, then you can unlock more through the battle pass, with in game currency, or just buy them with real money. The same is true for the customizations.

I didn’t particularly enjoy my time playing Heavy Metal Machines. I was expecting vehicular combat and got a micro machine MOBA most similar to Rocket League. I don’t like any of those things. Maybe someone that does would enjoy this game, but I think there are better choices in those categories. I really just can’t recommend it.

Since the game is F2P, the publisher provided me with a key to unlock all the characters on Xbox in exchange for me to provide coverage. I am mostly blind and some things I have trouble with may not affect your experience. Heavy Metal Machines is available now, for free, on several platforms. 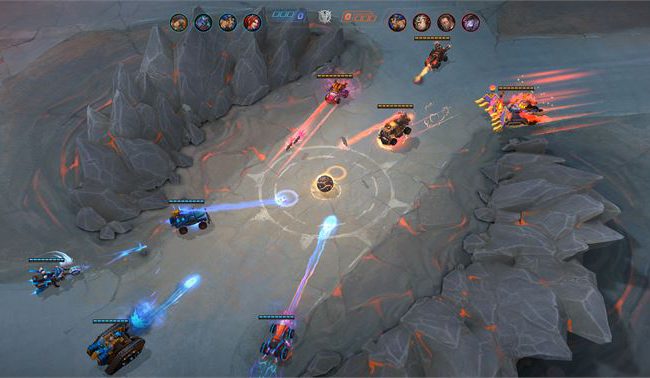