The purpose of this post is to collect, discuss and (possibly) execute basic infantry tactics in games such as Battlefield. The reason I say Battlefield and not COD, is because Battlefield has much larger and interactive maps. This is in no means talking down to COD. I am not alone when I say I can’t wait for the new game. Now that I got that out of the way, let’s talk about basic infantry tactics. A rifle squads job is to locate, close with and destroy the enemy by fire and maneuver or to repel the enemy’s assault by fire and close combat. A great example would be that we have an enemy holed up in a machine gun nest, and he is pinning us down. A pincer technique is a tactic that has been used for centuries. It involves our squad attacking from three sides. One of us took the left, one took the right and one went straight down the middle. It’s a good tactic, as most enemies tend to get distracted by the guy running down the middle leaving them open for the rest of the squad flanking. Another maneuver which works in any FPS is Slicing the Pie. When approaching the area you are about to search, you should have already identified your entry axis. As the space/area opens up you should use distance to your advantage. The key is you don’t want the enemy to see you coming. My limited tactical knowledge is due to my short stint in the Marines before I was medically discharged.  You don’t want to be too close to the axis or doorway and have more of you exposed then you want to. I added a picture to give a perfect example of what I am talking about. Like I said before, I am limited with the experience of tactics, but I know other Pigs who actually deployed overseas and I welcome them to add their two cents to this post. 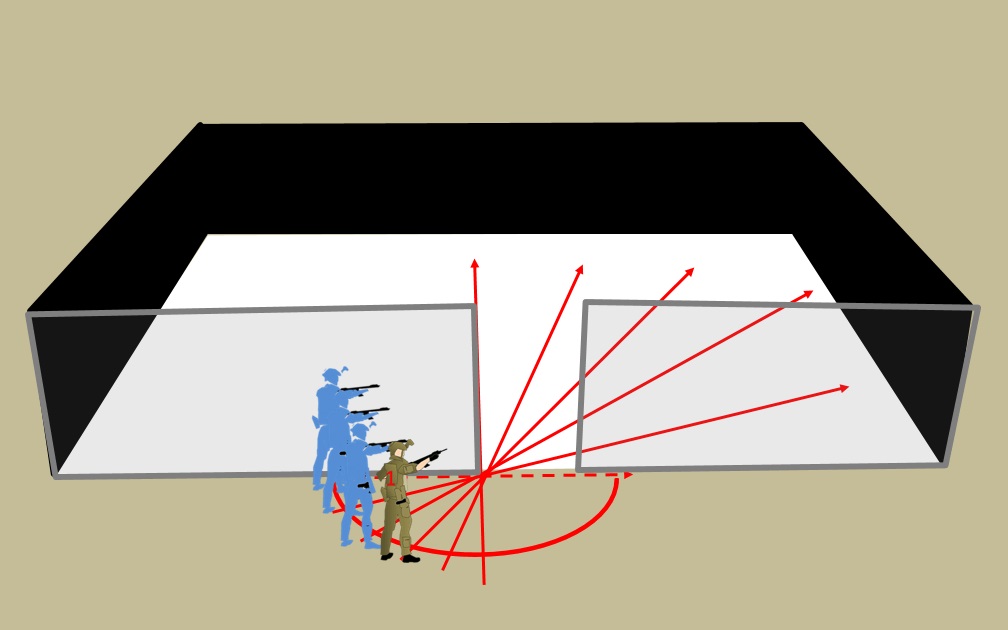 Hey! I'm Brandon, aka "OldManDuncan". I'm closer to 50 than 40. I'm a lifelong gamer---mostly on consoles. I'm a husband, dad, and papa. I have Masters Degrees in Education and Business Administration. Currently I am Active Army (20 years) but I'm looking forward to retiring. I've been a blogger, writer, creator, and marketer since 2009. For the @PorkChopPlatoon, I am on the Wordpress Team, and I spend a lot of time in our forums asking how I fix my ever-occurring poor life choices. I try to always be quick to respond to any messages. Despite my occasional introversion, I am always joinable in-game---especially COD. (Currently in Korea... lag might be an issue...) View all posts by OldManDuncan
Loading Comments...
%d bloggers like this: