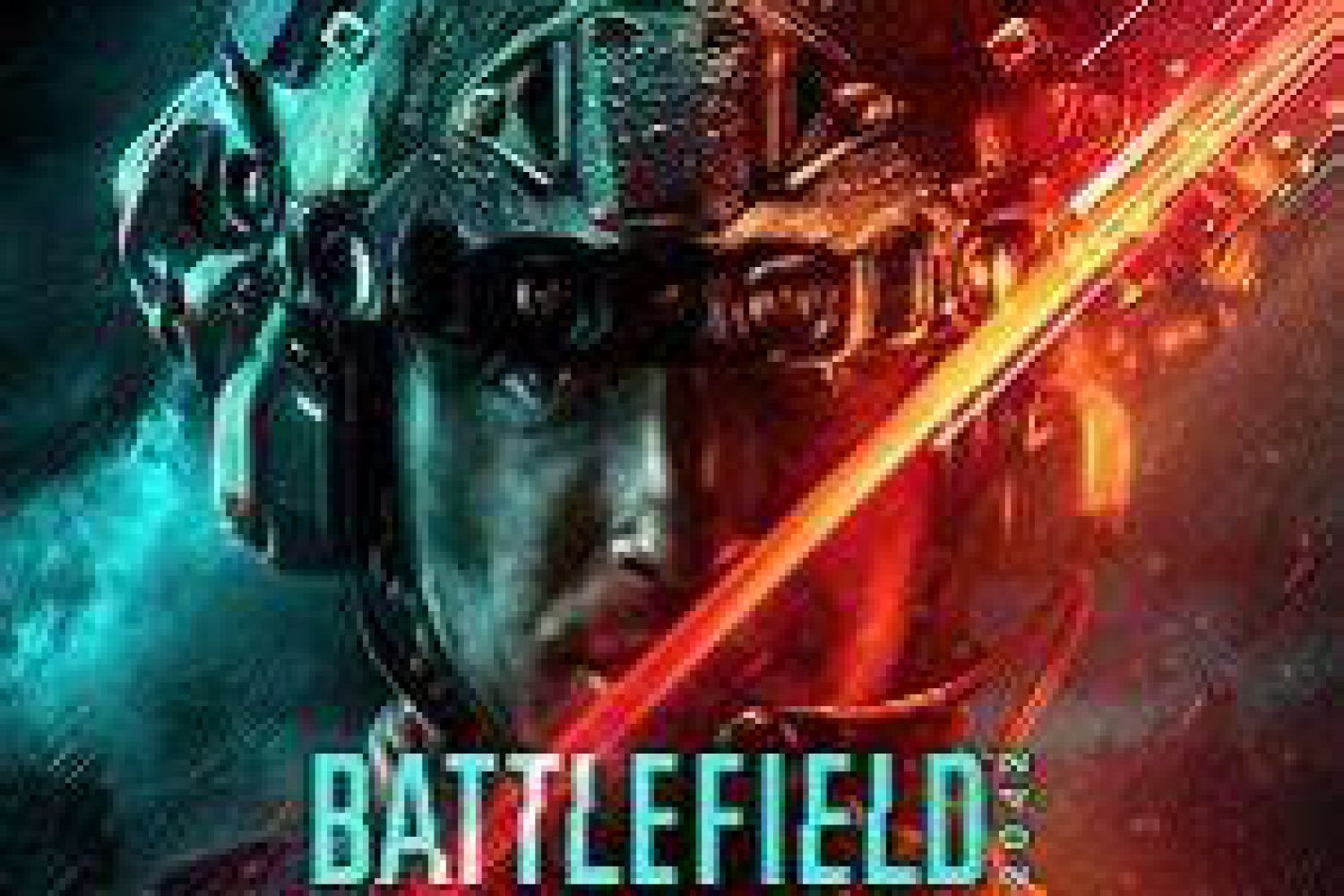 Today was the day. The day of glory and endless ways to find excuses to play the new Battlefield 2042 Open Beta. Luckily, I decided to spend tons of money upfront for the game. This allowed me to get early access to the Beta on October 6. This post is purely my opinion as an older gamer with a KD around 1.0 and slow reflexes. 😉 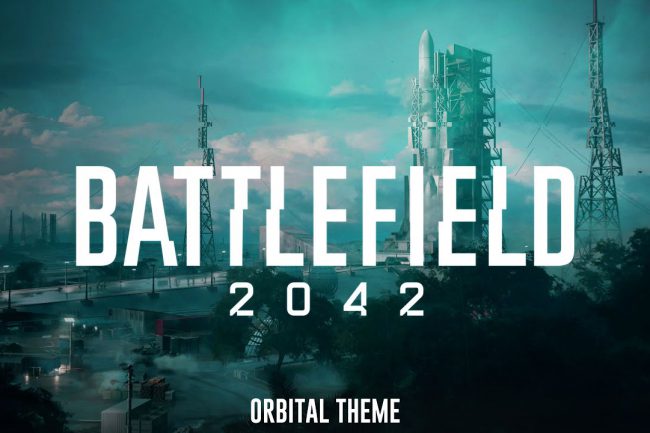 I played the game on an Xbox One S. The Beta gives access to the Conquest game mode with the Orbital map as the only map. The first step was into the options to see what can be changed. It looks like pretty much everything can be changed. I immediately tinkered with the settings for brightness and graphics to match what I use on Battlefield V for better comparison.

At first, I was a little confused about how the UI and layout works. It seems to be aligned with Battlefield 4 maybe when I expected it to function more like Battlefield V. For example, it took me a while to find the friends list, and then it was not clear if they are playing, in a party, or just online. At this stage, I expected working squad management. In general, I would prefer the system in place with Battlefield V.

Now, let’s stop this upfront nonsense and jump right into the game. After I spawned in, it was immediately clear that the map size seemed different from previous titles. If you thought that Panzerstrom was big or even Hamada, well get to know Orbital. The Orbital map feels big and it takes time to get from one action point to another despite it being the same size as Caspian Border. The spawn UI was kind of crowded around the objectives and it was not easy to pick the right spot. Outside the objectives, I was pretty much downed from all angles. Inside I could hold up better and it makes sense to make use of vehicles and parachutes as often as possible. The regular conquest game with 64 players takes around 30-45 minutes which is substantially longer compared to the previous installment.

The Beta gives access to the 4 default character classes Assault, Medic, Engineer, Recon. Each has its unique skill or item like the Medic has a pistol for reviving and a med crate. The assault has a grappling hook and ammo crates. What is interesting is the option to mix and match the class items. You can run a Medic with the Assault weapons for example. However, I went mostly with the Medic lady and Medic setup because Medic is what I do. I wonder if the Specialist system takes away from the unique gameplay Battlefield had where you needed your squad to sync up a little to stay efficient.

You can call in vehicles and the robo dog as long as there aren’t too many on the field by using the L/RB buttons. These call-ins will support your effort in taking flags or getting from A to B. The robo dog is automated but can be controlled by pointing at objects to look at and then he will try to defend you. I did not have the feeling that he killed a lot of people but it is surely a distraction for the opponent and fun to have a little non-fur body with you following you around. Especially when the rest of the blueberry squadmates is wandering off on the big map.

Removing the fact that this is a Beta and I expect some clunky things flying around or not 100% -perfect,  I find the visuals pleasing. Some stretches on the map do not have many options for taking cover while opponents are hard to see and blur in with the overall blue-greenish color tone. On top of that, the other faction is wearing the same clothes which makes it hard to identify the opponent. I am hoping for a character that uses smoke to block the view. Unfortunately, the HUD is sometimes overloaded with notifications and hints and not much useful information.  I also feel that the spotting mechanism is underwhelming and they should just implement the one from Battlefield 5. Anyways I expect the visuals to come a step up from Battlefield V which already made the leap outside the dark World War visuals by utilizing a bright, colorful, and shiny world design. As I said, it was not perfect but you can see where this is going.

In terms of the gunplay, the TTK seems fast and maybe faster than in Battlefield V but it was clunky at times. Like me putting an entire clip in a single virtual enemy while getting single-shot downed by said enemies. If you like close-quarter battles it is highly recommended that you start to practice hip firing. I did not get to play all guns but the ones I tried… well, they all felt similar? Overall, a fast TTK/TTD with little to medium recoil in short distances.

The weapon customization feature ‘Cross’, for attachments, is more a gimmick in my opinion. How often do you really change your entire layout when you are dead and back at the spawn screen every 60 seconds? Maybe the scope but the entire layout? On top of that, it took me rounds to figure out how it works.  It looks like a cross but once you bring it up with LB on your controller you actually change it with ABXY buttons and not the D-pad.

Attrition is going to be interesting due to the absence of supply stations. You really need to stick with people to get ammo or health.

Sliding from Battlefield V is back big time but they added a cool down which probably makes sense to avoid slide spamming. Overall, I felt that the mechanics are maybe a mix between COD and BFV but overall the movement feels better to me than it was in BFV.

Another big change in my view is the addition of levels in the Y direction. Meaning vertical layers. There are many places where you have at least not just one but many different high points in very close quarters and those have boxes to stand on and tons of stairs around. It will be interesting to see how this verticality and with that the criss/cross, up/down and left/right map design will play out. But when you are up on the roof and jump down using your parachute it gives you the classic, Battlefield “this is cool” moment.

The game has potential and many things will work out. It may not be clean and perfect at this stage but better than I expected after all the bad news lately. However taking a step back from the game’s delay announcement, the Beta should have been in a better place by now with fewer problems after 3 years of development.

It will be a fast-paced game but with a lot of slow phases. The mechanics are closer to Battlefield V and the map design is a mix between Battlefield 4 and V . Using BF4 assets for indoors and BFV for landscape and how things look overall. Fast TTK and open map design will help good players and this will make sticking to your team even more important.

Is it better than Battlefield V? After Dice decided to stop making changes to BFV I actually enjoyed it a lot. If you play BFV you need to adjust to play more inside buildings and get used to all these nooks and corners. Battlefield 2042 gunplay seems even faster. I would not say it is better but rather different. They will both have a place on my Xbox.

Is it better than Battlefield 4? The new game Battlefield 2042 will likely look like a polished version of BF4. The map design is similar and the gunplay is fast. Due to the fact that Dice pretty much gives themselves unlimited options with the server system and Seasonal themes, this is the natural evolution from BF4 while retaining the mechanics and optics from BFV. If they can really figure this out in 2 months, I can see myself enjoying Battlefield 2042 at release. If so, I can make space on my Xbox by removing Battlefield 4.