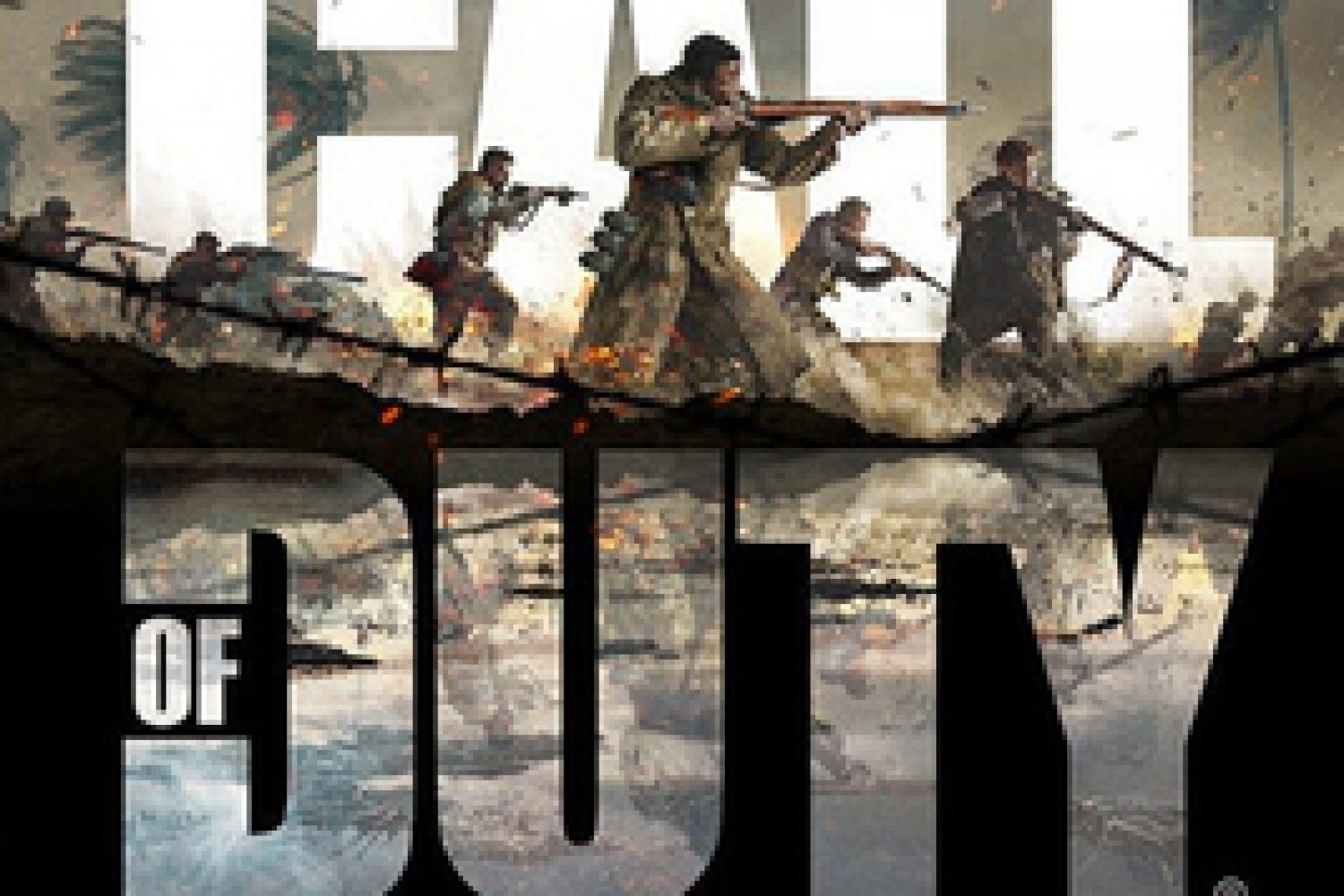 Well, I was able to get some time in with this Beta. I’m usually not someone who bashes games especially when they’re still in Beta as there may be some people who may have been looking forward to it but my overall impressions of this game from the Beta SledgeHammer decided to put before us leans towards the negative so much that I had to write about it. There was some good for possible potential down the line though.

(For Reference, I have been playing Call of Duty games since COD4 and own every title.  This was played on a Series X at 120fps with all motion blur effects turned off.)

Let’s go over what ‘good’ I saw in the MP matches I played. We all know that Vanguard was built using the Modern Warfare engine and it’s in-your-face obvious down to the UI look and the Loadout options. I was a big fan of MW so I do feel right at home. The gameplay also feels like MW in regards to Operators’ movement around the map, albeit not quite as smooth, and I’m happy that weapon mounting is back.  Doors are also back on the maps as well.  I know some people dislike it due to the door camping issue but I think it throws a tinge of reality to the maps that is welcome.

Speaking of maps, the selection given to us by the Beta was good I felt. They were probably the most interesting WWII-themed maps COD has put out as far as layout and locations. The maps all felt on the medium to larger size and that makes sense as there are 3 intensity modes you can set your filter to along with what game modes you’d like to play. The three intensities basically correspond to how many players spawn on the map, 6v6 all the way up to 24v24! All of those player counts can be played on the same maps. I did like that there are 24v24 big battle games and that does bode well for our Community Night lobbies, more on player counts in the next section.

The last ‘good’ thing I found was that you can equip 10 attachments on each primary, once you’re leveled up enough as well as your weapon, without needed to add wild cards to do so. So a lot of possibilities there without giving something up.

Now for the ‘bad’. The biggest ‘Bad’ I felt right away is that it just doesn’t have a feel to it outside of feeling like MW and that’s where it ends. The gunplay wasn’t nearly as engaging or satisfying to shoot or land shots as it has been with MW or even Cold War. It just felt kind of bland gunplay-wise. It may be layered on top of the MW engine but the weaponry just didn’t feel as good as MW’s guns felt. It could have been the WWII era weapons but overall they were not tight and not comparable to MW. Honestly, if I wanted to play with that era’s weapons I would just load Battlefield V which did up that era as well as big battles 100 times better than what I experienced in this Beta.

Along with not-so-great gunplay, Sledgehammer has introduced a suppression mechanic to COD. Which in theory could be a nice mechanic to throw off snipers or guys going on long killstreaks camping in one spot outside of the spawn but in reality, it just lent itself to the biggest complaint of any COD, if you shoot first, even off target, you’ll most likely end up winning those 1v1 gunfights. That’s because, shooting first around an enemy will start to suppress them with a type of lite stun effect with your character stating they are ‘pinned down’, so now your vision and movement is a bit impaired and the enemy can land their kill shots. It was super annoying. Most of my beginning matches did not go well due to it but after a while, I got used to it or played more covertly, i.e. flanking spawns, and ended up going positive more than not.

Now onto the subject of spawns… they were atrocious. Some of the worst spawn issues I’ve seen in my many years playing MP COD.  At one point there were a group of 3-4 enemies standing outside of our spawn, not too far mind you, just mowing us down as we spawned for 4-5 lives each before it moved the spawn, didn’t even flip us. Another time I had spawned, started running and a second later an enemy spawned from the same spot I had just come from and killed me, I watched it happen on the killcam. Ridiculous.

Back to the larger battles of 24v24. The spawn issues are more compounded as the player count goes up. It kept spawns generally on one side of the map which seems good until a group of enemies lines themselves up to look into specific spawns to nail us one after another during spawning or shortly after. The big battles did not play out well at all. Watching the radar during those battles you’d see clumps of enemies on each side of the map and only those who held sightlines into the spawn areas did well, the rest of the players were just spawn fodder. I was excited by the larger player counts at first but those games did not play out well in the maps given and ended up being frustrating instead of fun.

Awareness, awareness has been increasingly more important as COD became more twitchy than strategic and 3D spatial audio became better. This Beta had no awareness whatsoever. Footsteps were muddled at best, most of the sound I heard came from my teammates, and enemies often just ran up behind me to do me in. Sledgehammer has stated they are ‘aware’ of it ironically but you’d think it would have already been addressed internally before this Beta, it was that bad.

Visually there were also awareness issues. It may have been built upon the MW engine for movement, modeling, and UI but it definitely didn’t use MW’s graphics. Not only are enemies hard to visually pick up from the background at distance, but the whole thing also looks horrible. Details look muddy and blurry. Maps have some details but can also look flat and pixelated. At one point an operator teammate ran past me and he looked like a 2-D flat model. I also ran into some artifacts and pixelation when zooming around and in my scope. There was also a few seconds where my entire screen went green and had graphical artifacting all over, then fixed itself. It’s the worst looking COD in a long time, way behind MW’s and Cold War’s visuals. The graphics made me feel like I was playing a 360 game that had been remastered for the Xbox One.

The last new addition Sledgehammer introduced with this COD were more destructible environments with some walls being latticed so that you can somewhat see-through and shoot at enemies. Most of the destruction was cosmetic and didn’t add much. The half-torn-down wall mechanic also fell flat. Most of my teammates as well as myself immediately put our shoulders down and ran through these types of walls to created routes as soon as the match started. The one or two times I was actually shot through one of these walls just felt cheap. They ended up seeming pointless and just provided a new type of camouflage for extreme campers.

A Beta is a beta and players have to cut Devs some slack for minor issues knowing that things will be ironed out and fixed before release or shortly after. With that said, I feel like there is just too much ‘bad’ here for the Devs to address before release in November. If I had to compare this to past Betas I’d classify Vanguard’s as less of a Beta and more like an Alpha or pre-alpha, there was that much to address and how much I felt was left feeling and looking unfinished.

If anything, this Beta made my upcoming gaming season decisions, as to what I’ll be purchasing Day One and playing for the next year, that much easier.  Hint, it won’t be this game unless it gets a major overhaul. While playing the Vanguard Beta I couldn’t help but think I was playing a low-budget or knock-off COD, not a proper Call of Duty game. Any little bit of good this game has going for it or could have later on with updates will be found in other games this Fall and hopefully, those will be AAA title worthy.  Games like BF42, Halo Infinite, and even SplitGate will meet my FPS needs this gaming season and if I need my COD-fix I’ll be heading back to Cold War to enjoy all the digital purchases I have invested in this past year. Vanguard will most likely be a bargain bin COD for me and falls into the territory of an in-betweener COD that Activision is forcing Sledgehammer to release using old assets just to release a COD this year while waiting for MW2 next year.  Based on these Beta impressions the verdict is a pass, wait for a sale and significant patches.  Let’s also hope these WWII weapons don’t put too much of a kink in Warzone’s Meta. 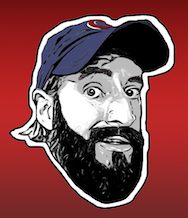